What is capacity factor and how do solar and wind energy compare? 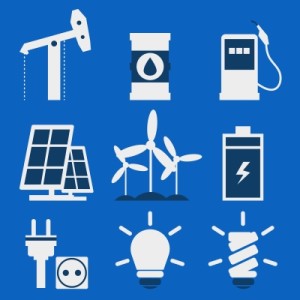 One of the most confusing aspects of renewable energy is the difference between installed (nameplate) capacity and the actual output that is obtained from these systems. It is dead simple to determine the installed capacity. For example, if we install 10 solar panels rated at 250 watts each, we will have a capacity of 2500 watts, or 2.5 kW. However, determining the actual output from these panels is much more challenging (this is one of the reasons why we developed WhatNextNow Solar Discover: to help you with the output estimates). The capacity factor is simply the ratio of energy generated over a time period (typically a year) divided by the installed capacity.

To illustrate how location impacts capacity factor, consider a 10 kW system installed in Phoenix (AZ) vs. Seattle (WA). With a Solar Score of 84, Phoenix has a very high solar energy potential. Using WhatNextNow Solar Discover for Phoenix, we can see that this system would generate about 20,500 kWh of electricity during the year. If it were to run non-stop, 24/7 at peak capacity of 10 kW, it would have generated 24 x 365 x 10 = 87,600 kWh. Dividing 20,500 by 87,600 gives us a capacity factor of  about 23%. With a Solar Score of 43, Seattle is an entirely different story. Here, a 10 kW system would generate about 14,000 kWh during the year. Consequently, the capacity factor of the solar energy system here is much lower than that of Phoenix at about 16%.

As we have seen, the capacity factor varies quite a bit for solar photovoltaic systems depending on the location. Generally, it is in the range of 10-25%. One of the key reasons for this low ratio is the nature of renewable power. After all, when it comes to solar, wind and hydro, we are at the mercy of the nature. If there is no wind at a given moment, a wind turbine will sit idle. If there is no rain or snow to fill the reservoirs, a hydroelectric plant cannot generate power. Compared to wind and hydro, solar energy has an additional limitation: there is absolutely no energy production during night time (which corresponds to a big chuck of hours available in a year). Fortunately, solar energy has many distinct advantages such as easy maintenance, long lifetime and decreasing prices that still make it the renewable energy of choice for households. We explore in great detail the question: is investing in solar panels is worth it?

So how does solar energy compare to other forms of energy generation? As we summarized in the table below, the picture isn't very pretty.

It is no wonder that with a capacity factor of about 90%, nuclear power continues to constitute the backbone of many electricity grids. Other forms of renewable energy, such as wind and hydro, are also trailing behind fossil fuels and nuclear power when it comes to capacity factor.

Yes, it is a fact that the capacity factor of solar energy is one of the lowest when compared to all other forms of power generation. However, as we often state, rather than ignoring the drawbacks of solar energy, we should focus on them with great enthusiasm. By truly understanding the limitations of solar energy, we can identify the bottlenecks and concentrate our R&D efforts accordingly. By accepting what we cannot change (such as zero production during the night), we can better plan our energy grids and capitalize on the strengths of different types of energy generation.

If you are curious about the capacity factor of solar energy at own site, you can learn it with a few clicks using WhatNextNow Solar Discover.