→ See rebates in the United States

Continuous reductions in PV system costs and a handful of provincial incentive programs are slowly, but surely, changing Canada's residential electricity landscape. Motivated by environmental as well as financial reasons, more and more Canadians are switching to solar power.

With its generous rates, Ontario's feed-in-tariff program created a solar boom in this province. Currently, the vast majority of installed solar capacity in Canada is located in Ontario. However, Ontario's MicroFIT program is no longer considering applications, so homeowners that install solar panels will now be part of the province's net metering program. In Canada's other provinces and territories interest in solar energy is growing, in part as a result of new incentive programs that are designed to stimulate the demand for solar power.

Unfortunately, Canada does not have a federal tax credit for solar energy. In our opinion, a program modeled on the U.S. Federal Investment Tax Credit can be particularly effective, sending a clear message to Canadian consumers. In Canada, available incentives programs are mostly at the provincial/territorial level with a few local/municipal programs. These financial incentives and regulatory programs can significantly improve the financial feasibility of installing solar panels for your home, cottage or business. For more information on how to pay for your solar panels in Canada, click here.

Click on your province/territory to get details on incentive programs and see if solar power can save you money. 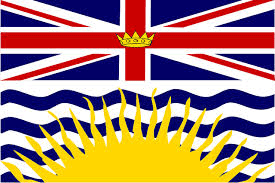 British Columbia residents might be more environmentally conscious than the average Canadian, but residential solar power has not yet taken off on the west coast. However, the largest commercial PV installation outside of Ontario began operating in Kimberley, British Columbia in June 2015, marking the first time the BC Hydro grid has bought solar electricity. The 1.05 MW system is performing better than expected, producing enough electricity to power about 275 homes.

→ Should I get solar panels in Vancouver?

Unfortunately, there are no federal incentives for residential solar PV projects in Canada. However, if you own a business, the following programs may be applicable.

Spread the solar goodness: please share this resource with your friends and family.